Is it worth it for an author to do book signings while on tour? As a publisher, I get asked this question often. Authors want to know if they should invest the time and effort in a meet-and-greet with their readers, and what exactly the payoff is. With so many options for promotion – from social media to social climbing – narrowing the field of marketing activities to promote a book only makes sense. 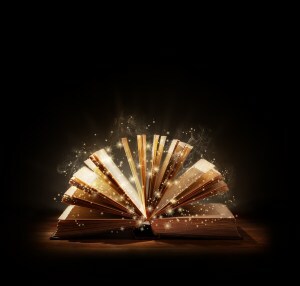 It’s a great question, and the answer is usually a resounding yes. However it all depends on what you want to get out of a book signing. Not all authors see the value in it, and with good reason. It takes a bit of imagination and a view of the big picture to understand where benefits are from a bookstore signing event. A single event won’t reveal the big picture.

I was having a good-natured debate about this topic with one of my authors the other day over coffee. Liv Montgomery has published more than a hundred titles with Made For Success. Like many authors, Liv believes that the amount of work involved in putting on a great event just doesn’t pay off. She says the effort could be better spent on online promotion, one of her specialties. Staring into her latte she told me, “A great book signing is like a unicorn – it’s tough to find, and even harder to bring home.”

This sounds poetic, but the idea itself is a myth. Book signings do work. Liv’s experience with individual events has been at par, closing 10% of the room. But, it barely pays for a nice lunch at a place where they set the table with fine crystal and linen. But it’s the intangibles of the book signings that put the author’s career in motion and move books by the carton. Let’s explore this a little further.

When Do You Want To Score – Now or Never?

In reality, the success of your publicity as an author depends most of all on consistency. It’s like a well-played game of baseball. If you hit a home run once in a while, you may win occasionally. But you’re more likely to win consistently with a series of solid base hits. I parried this back to Liv, and she yawned. “Give me a handful of golden keywords,” she said, “and I’ll show you some base hits.” It’s hard to argue with the amount of passive income she’s generated from online promotions. One of her programs was a Made For Success best-seller last summer, five years after we launched it.

Whether or not the path to success is paved with the sublime or the mundane, success is success. Many major keynote speakers I represent have consistently done book signing events in bookstores. I’ll give you a case in point and the reason to do local appearances.

Another author I work with, Bill Chandler, uses book signings to great effect. In fact he used local events to sell over 10,000 copies of his book, “The Ultimate Inventors Handbook”. Bill is not a boring guy, and neither is he bored by book signings.

Bill’s background as a marketing professor helps because he understands the psychological dynamics of mass-market buying behavior. “Works like a charm,” he told me over a steak salad, dabbing the corners of his mouth with a unicorn-white cloth napkin. In fact, Bill’s experience gives us every reason to talk about book signings as a worthy tool for promotion.

Tracking the Success of Your Book Signings

Organizing a tour of bookstores is time-consuming. When you look at the hard cost of trading your time for book sales, a book signing can mean a high cost per lead – especially if your event is under-attended. Nobody wants to be “that author” sitting behind a table in a bookstore with no line, no fans and not a single book sold.

Yet it happens more often than you might think. So where’s the payoff? What’s the point in expending all that energy just to sell 5 books? What if the only attendees who are buying include your mom, your best friends and a few neighbors?

Ah, but not so fast. There is magic in book signings, and they can turn a dull career into a sparkling magical beast. What many authors don’t realize is that 83% of books are purchased through word of mouth. When a trusted friend reads a book, they tell others. This is one dynamic that makes book signings a very smart move for authors.

Book signings pay off in the following ways:

Book signings can be an incredible tool for bolstering your book sales and your career as an author. Authors who commit the effort must also be gifted with imagination, but the payoff is as fine and rarefied as a unicorn.

Bryan Heathman is the CEO of Made for Success Publishing. Bryan works with best-selling authors in the role of publisher and marketer, including the late Zig Ziglar, Chris Widener and John C. Maxwell. Bryan is the author of #1 Best Seller: Book Marketing Reinvented, a book launch marketing resources that condenses strategies of best-selling authors. Bryan’s Fortune 500 experience includes management roles with Microsoft, Eastman Kodak and Xerox.