More and more, I find myself taking creative retreats to develop material for my books and escape the attention clutter of the office. Sometimes I choose a hotel in the desert or a cabin in the mountains. This time I’ve come to Mazatlán to write. 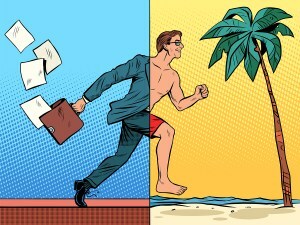 Mazatlán can be an inspiring retreat location, not just for today’s thought leaders but for authors throughout modern history. For example, this Mexican coastal city was a favored destination for Nobel laureate Ernest Hemingway. His travels to Cuba, Florida, and Idaho are legendary, but his trips to Mexico are less well known. He frequented the Casa Lucila Hotel where I’m staying now.

As part of my retreat, I have been taking walks on the Malaccan, the boardwalk that lines the sugary beach, wondering if Hemingway walked these same shores. As I walked, I watched the fisherman de-scale the catch of the day on the beach with eager pelicans waiting for morsels from the fisherman’s blade. From here, the windswept Pacific meets the craggy cliffs where divers test their courage, working for tips from the busloads of tourists as a reward for their plunges over the craggy cliff. Facing down a blank manuscript after a sight like this somehow seemed a bit less daunting to me.

I thought about this idea while swirling a martini in the hotel’s lobby bar, weighing my options for the structure of my manuscript’s Table of Contents. I was also mulling over the question of how best to incorporate the Hero’s Journey into my non-fiction work.

For a long time, I’ve coached authors never to make a point without telling a story, and never to tell a story without making a point. My idea is that the well-known Hero’s Journey structure can provide an awesome approach to writing and storytelling, even in the non-fiction book world.

Yet, I was having trouble making the connection between these two concepts in my text. In fact, that’s putting it mildly. Actually, I’d hit a wall. Some call it writer’s block. I found myself musing this unfortunate situation over a cocktail in the lobby. From there I walked upstairs to the hotel’s infinity pool and sat there, staring once again into a blank page. How could I bring the Hero’s Journey to life in a non-fiction work?

Lessons Beside an Infinity Pool

The martini was ill-considered. It cut into my clarity and made it nearly impossible to stay awake as I lounged poolside. Stretched out on a canvas chaise, the hum of the tourists and seagulls quickly lulled me into a stupor. I shut my eyes for a moment.

You can imagine my surprise when I felt a shadow pass between me and the sun, so slight and shimmering that I thought it couldn’t be real. Standing before me was the ghost of the man himself, Ernest Hemingway!

He cupped his salty beard with one hand while the other, curled into a fist, rested on his hip. Had I traveled back in time? Or had he crossed the divide into the here and now? He glanced at the blank page in front of me and sized up the situation immediately. He had once defined writing as pain.

“Sometimes it comes easily and perfectly,” he went on. “Sometimes it is like drilling rock and then blasting it out with charges.”

I couldn’t believe my eyes. Standing before me was one of the greatest writers who’d ever lived —and he was talking to me about writing.

“You struggled too, didn’t you?” I ventured. Ernest nodded. I begged him to pull up a chair. Instead, he brushed off my invitation with a dismissive gesture.

I told him I wondered if he had anything to offer me on the Hero’s Journey, but Ernest deflected. Campbell’s work was contemporary with his own; however, they traveled in different circles.

I should add here that in the book The Hero with a Thousand Faces, Joseph Campbell compiled more than 2,000 years of folklore, religion, and myths into one over-arching model. This work established the story structure that’s come to be known as the Hero’s Journey, and it’s found in many tales ranging from Star Wars to Harry Potter. It’s been said that these stories and this model have become part of our DNA as a race. They are bedrock for us as human beings, and we crave them.

I felt stunned, having this conversation with one of the most legendary writers in history. But there I was, lounging beside an infinity pool and shooting the breeze with a ghost. It was clear to me that the act of discussing this topic with him was crystallizing my own beliefs and honing my approach to the work. The moment was not lost on me.

What I like about the Hero’s Journey, I explained, is that it breaks a story into three parts— Initiation, Transformation, and Return. I searched his face, wondering if I should go on. Ernest nodded with a knowing look.

I explained that the Initiation was the phase where the status quo was established for the hero. Life goes steadily along, and nothing much looks like it’s about to change.

Then in the Transformation stage, something happens—a catalyst—that brings the hero face-to-face with a crisis. He meets up with an old soul, a wise one who mentors him. The hero either makes a decision to pursue greatness or else greatness is thrust upon him. He pursues the goal, and in the process, he’s transformed, never to be the same again. This is how the hero gains knowledge he never could have acquired any other way.

In the Return, the hero goes back to his previous environment or way of life, armed with the wisdom, attitude, and experience to help others.

None of this was any surprise to Ernest. There were oceans of wisdom in his silence. He grinned at me with a wink in his eyes. “And…?”

“And I know what I want to say, but sometimes I’m unclear on the framework. I’ll bet you never had that problem.”

“Whatever success I’ve had has been through writing what I know about,” he said.

I let that sink in, and a moment of understanding passed between us. We talked about pain and the lessons of life—how I could illustrate the points of my book by distilling them through the filter of storytelling.

“I’m inspired by this Hero’s Journey concept,” I told him. “I think it offers a great framework for every writer, even for us in the non-fiction genre.”

He simply gazed into my face, picked up a pen from the table and handed it to me. I took it and was still holding it when it dawned on me. “Just one more thing…” but he was gone!

“Will there be anything else, señor?” My waiter was standing over me, blocking the rays of the sun. “I see you have a pen in your hand. Would you like to have your bill now?”

I sat for a moment, emerging from that foggy state between sleep and waking. The dream had ended, leaving only the residue of timeless wisdom. I felt powerfully compelled to write it all down—to render the lessons of history into a practical process, and share the magic brought into this realm from an eternal place.

Whether real or imagined, the journey was over, and I was forever changed. I had come to Mazatlán to have a question answered. I got more than I’d bargained for, enough to last a lifetime.

Bryan Heathman is the President of Made for Success Publishing and the host of Book Publishing Success podcast show. Bryan works with best-selling business authors including NYT best-selling authors Chris Widener and Tom Hopkins, plus up-and-coming authors including Johnny Covey. Bryan is the author of Conversion Marketing, a marketing book on converting website visitors into buyers. Bryan’s Fortune 500 experience includes Microsoft, Eastman Kodak and Xerox.