The Magic Flight: The Non-Fiction Writer’s Guide to The Hero’s Journey 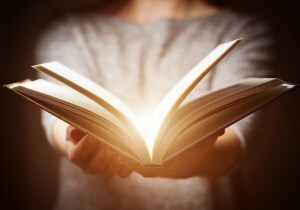 The power of story is unmatched for conveying simple truths in a work of non-fiction. As an author, even though you may have hard facts to convey, storytelling can be your greatest ally. The practice of teaching through parables is thousands of years old.

In this series, we have been looking at The Hero’s Journey and how you can leverage this classic storytelling tool for getting your point across. By utilizing an established series of steps, you can craft a story of your own to touch your readers in a unique and compelling way. Your well-crafted story may even give them the gift of a lifetime, an unforgettable education about your topic.

The Hero’s Journey abounds with drama and adventure. There are real world encounters with both the magnificent and the mundane. There are questions of the hero’s merit, as well as powerful intervention.

Likewise, the hero encounters the duality of the internal and external. He battles against villains in the physical realm and his own idiosyncrasies as he quests to reach his goal and return home again. It’s only with the help of external forces and personal growth that he can accomplish his mission.

So far in this series, we’ve taken a look at the hero’s adventure as he leaves home, embarks on his journey, and endures a series of trials. Now he has returned to his mentor to collect the spoils he was promised, and he begins the task of returning home.

But, we discover that the spoils are not easily had. The promise is unfulfilled, and the hero has to find his own way back across the threshold—back home.

This trip along the alternative route is known as the Magic Flight, and it often comes as a surprise. It’s the hero’s Plan B, the miracle born of necessity. But unlike his Plan A, once this road is traveled, we know that this time the hero is truly homeward bound.

Let’s take a look now at the Magic Flight in practice.

Flight to the Golden Castle

We’ve been following the travels of Dorothy in the Land of Oz, using this story as a classic use of the Hero’s Journey for your minds-eye. At this point, Dorothy struggles to get home. Dorothy and her companions—the Scarecrow, Tinman, and Lion—have endured the Road of Trials. They killed the Wicked Witch of the West, then returned to Oz to confront the Wizard and collect their respective rewards. For Dorothy, it’s time to go home.

Dorothy and the Wizard have decided to travel together back to Kansas in a hot air balloon. The Wizard has left the Scarecrow in command of the Emerald City and the throne of Oz, with complete control over its bounty.

Such a gift as this is known as the Ultimate Boon, the greatest gift that can be bestowed on a mortal. In this case, it’s given to the Scarecrow because, of all the companions, he is the most intelligent—and the most available.

Dorothy says a tearful goodbye to the Scarecrow, the Tinman, and the Lion. She will miss them terribly, and they are deeply loyal to her as well.

Yet despite their preparations, things do not turn out the way they planned. At the last minute, the dog Toto runs into the crowd to chase a kitten. Dorothy can’t return home without him, and she leaves the balloon to retrieve him.

The balloon’s basket is tugging at the ropes, and it breaks free. The balloon launches itself, taking with it the Wizard of Oz and all of Dorothy’s hopes to return to Kansas.

Even though the Scarecrow is given the throne of Oz, he is loyal to Dorothy. If not for her help, he would still be in a cornfield with a pole stuck up his back. The Tinman and the Lion also feel indebted to her and want to help her return to Kansas.

Dorothy is devastated, believing she will never see her home again. She’s forgotten that along the Road of Trials she was given the Golden Cap. This is a magical token that grants her the right to make three commands of the Winged Monkeys.

This godlike power corresponds to the part of the Hero’s Journey where the hero is given supreme power, even if only temporarily. Dorothy’s hope returns only when the Scarecrow reminds her that she is the owner of the Golden Cap.

Dorothy conjures the Winged Monkeys and asks their king to carry her across the desert back to Kansas. However, the Monkey King tells her they are unable to leave the Land of Oz, and once again Dorothy’s hopes are dashed.

Dorothy and her companions are at a loss for what to do; they clearly need more help. They decide to travel to see Glinda the Good Witch in the land of the south and get her advice. After all, she is the one who launched Dorothy on the Yellow Brick Road to begin with.

Along the journey, the companions have still more adventures. They overcome nearly all obstacles by using their cunning, loyalty, and a spirit of cooperation.

There is only one obstacle they can’t overcome by themselves. Their way is blocked by a strange people called the Hammer Heads. These creatures have long necks and flat heads and attack the travelers whenever they try to pass.

Dorothy uses the Golden Cap one last time to call upon the Winged Monkeys. She asks their king to carry them to Glinda’s realm in the south.

This part of the Hero’s Journey is called the Magic Flight where the hero begins the final stage of his adventure. His journey back to the threshold and ultimately home again is supported by supernatural or superhuman powers.

For Dorothy, the Magic Flight is literally a flight through the air as the Winged Monkeys carry her and her friends to the Land of the South. Although the monkeys couldn’t carry Dorothy across the desert and back to Kansas, they do have the ability to take her to see Glinda the Good. Their mystical power helps Dorothy and her comrades transcend their trials.

In non-fiction storytelling, the Magic Flight could come in many different flavors—a lucky break, a chance meeting with the CEO, a breakthrough, an investor, a school principal, a lucrative patent, a president or a king. You can use many vehicles to bring the Magic Flight to bear in your writing.

5 Steps to the Magic Flight

When Dorothy and her friends finally reach Glinda’s castle, the Witch offers Dorothy her first real hope of seeing her home again. In the Oz story, there is just one more task to complete, and Dorothy will be assured of crossing the return threshold. How will she achieve it?

By using these storytelling techniques in your non-fiction writing, your readers will be riveted, and coveted book awards are just around the corner.