Maestro Eubie Blake once famously said, “If I’d known I was going to live this long, I would have taken better care of myself.” He lived to be 96 and left a legacy of music that changed the way we listen to the world, including highly influential pieces of ragtime, Broadway tunes and early jazz. 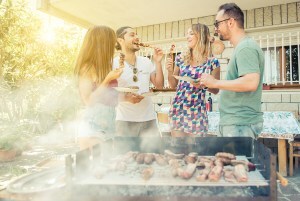 Besides my career in publishing, I’m a jazz trombone player. Eubie Blake’s story inspires me because I’m intrigued with the ability that each one of us have to leave a legacy and make a difference in the lives of others. Especially in my line of work, developing professional speakers and authors with high visibility products, I am keenly attuned to the task of leaving a mark on the world.

Blake did much more than merely make a joyful noise in his time. His most famous song, the upbeat Foxtrot “I’m Just Wild About Harry,” was sung by dozens of celebrities in its day, such as Judy Garland. It was even adopted as the presidential campaign theme song for Harry S. Truman during his White House bid in 1948.

As for Blake, his career began before the turn of the 20th century and spanned more than 80 years. Blake was a “rock star” before there were rock stars! His performances ranged from the Baltimore brothel, where he got his start playing piano, to a stint on Saturday Night Live in 1979. Eubie was also a frequent guest on the Tonight Show with Johnny Carson. In the course of time, he was awarded a dazzling array of honors, including the Presidential Medal of Freedom from Ronald Reagan in 1981.

As I reflect on the legacy of people like Eubie Blake, my thoughts drift to my Aunt Dolores whose legacy recently came to an end. Whether your legacy includes dining with US Presidents or baking a peach pie for your teenage nephew, your imprint on the world lives in the memories of those you touch with your actions.

Taking the Long View of Relationships

When I was a kid, the idea of living to be 100 was a novel fantasy. Few ever made it. It was a kind of pipe dream. Now living that long is commonplace as morning talk shows frequently remind us when they celebrate yet another centenarian’s birthday amid cheers and balloons on live TV.

It’s hard to know what kind of impact we can make on the world around us, even if we do manage to live a hundred years. Few take the time to anticipate the kind of legacy they might leave. But it’s never too late to contemplate it or set goals to that end. The time that’s given to us can be used in idle pursuits, or we can make it mean something for the generations that come after us. It’s a simple choice to make.

Leaving a legacy is much easier to contemplate when we take the long view, considering the kinds of relationships we choose to cultivate. It’s clear that Eubie Blake didn’t go it alone. The relationships he enjoyed during the span of his career made all the difference in his longevity as an artist and as a man.

Blake married his childhood sweetheart, Avis. Though he outlived her by 40 years, she nonetheless helped launch his career. He also enjoyed a long-standing partnership with Noble Sissle, the lyricist who helped take his compositions to Broadway and beyond.

Your Circle of Friends

There’s a saying among the Personal Development crowd I’ve heard: “If you have nine broke friends, odds are you’re the tenth.”

The quality of the company you keep is a direct reflection of the quality of your attitude. Think about that for a moment….one greatly affects the other.

Take a look at the people you spend the most time with. Do these people deserve so much of your precious time and attention? Are they like-minded souls who are pursuing the best in life? Will they support your journey or enhance your legacy?

There are few people in this world who leave the kind of legacy that Eubie Blake did, but who touches your heart like an Aunt Dolores? Make your journey worthwhile and worth the effort to those you encounter. What kind of pages will fill the book of your life? What will future generations glean from your master work? Whatever the outcome, make it a good read!