Life doesn’t always give you what you expect. Sometimes you do everything right, just the way you’re supposed to, but things don’t turn out the way you planned.

If you’re a speaker or non-fiction author who’s using the device of storytelling to make your point, the Hero’s Journey gives a compelling blueprint for crafting your tale. You can grip your audience and leave a lasting impression with the power of a compelling story. 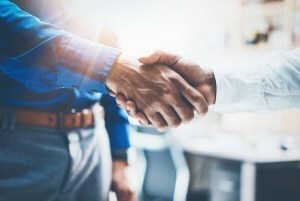 In our last article, The Road of Trials, we saw that our hero was on the brink of earning the right to return home. But first, he must work hard to earn it to earn that right. The task seemed impossible, but the hero launched into it nonetheless.

After you write about the twisting, turning Road of Trials, the hero reached the end of his journey and returned to meet up with a wise and powerful helper, or Mentor. This wise one could grant the hero his greatest wish which is what fueled the hero on his tortuous path.

No matter how much the hero may struggle, his cunning, ingenuity and personal strength have seen him through. The help of unseen forces has paved the way. Now the hero returns to claim the reward that should, by all rights, be his.

When all the barriers have been overcome, the Mentor agrees to meet the hero. It’s at this point that we now find our hero face to face with the Mentor. This is the final test of talent for the hero to win the boon, the prize that has motivated him throughout his entire journey.

As you write, your Mentor represents the totality of what can be known about the hero’s goal and his struggles to reach it. If the hero has done well, then he has earned an audience with the Mentor and expects to be rewarded. His expectations may or may not be met, as this is at your discretion. But the audience with the Mentor is the device that fuels the story forward.

The Wizard ain’t a Wizard

In this series of writing tips to create a compelling story arc for non-fiction writers, we’ve been following the trials and triumphs of Dorothy in the Land of Oz. We use the Wizard of Oz story to help create a mental picture, or framework if you will, while you create your story.

Dorothy and her companions traveled to the Emerald City to ask the great Wizard to grant their wishes. The Scarecrow is seeking a brain, the Tinman wants a heart, and the Lion wants courage. Dorothy’s only wish is to return home to Kansas.

For each request, the Wizard of Oz gave them the same task: kill the Wicked Witch of the West. This seemed not only impossible to the travelers, but to the Wizard himself.

We only learn this last tidbit when the heroes return to the Emerald City triumphant and the Wizard demurs. The companions bring news that the Wicked Witch is dead, melted when Dorothy threw a pale of water on her. Can you picture the “I’m melting!” scene? But the Wizard plays hard to get.

Now, check-out the plot twist the writer of the Oz story throws into his tale…

The companions expect to have an audience with the Wizard right away, though they are disappointed. Several days pass without word from him until finally they grow impatient and demand to see him at once. They threaten to enlist the aid of the Winged Monkeys against the Wizard if he won’t grant them an audience.

Ignore the Man Behind the Curtain

Properly subdued, the Wizard agrees to see the travelers. Much to their surprise, they are led into the throne room of the Great and Powerful Oz only to find a common man hiding behind a screen.

Dorothy and the others find out that the Wizard of Oz is really just a humbug. The Wizard agrees. He even tells them, “I’m really a very good man, but I’m a very bad Wizard, I must admit.”

At this point in their adventure, the Wizard tells them the story of how he came from Omaha quite unexpectedly one day. He was working at a fair when he lost control of his hot air balloon. The wind carried him for a day and night over a vast desert, and then the balloon gently touched down in the Land of Oz.

The people of Oz assumed he was a Wizard since he came from the clouds. He let them think so because they feared and respected him, and it suited his purposes. They made him their ruler, so he ordered them to build him a palace along with the Emerald City.

The city is a beautiful place abundant in jewels, precious metals, and “every good thing that is needed to make one happy.” The Wizard’s only fear has been the Wicked Witches (poor misunderstood Elphaba) and the fear of getting found out as a humbug, not a Wizard.

Once he tells Dorothy and her friends his story, they’re moved with compassion. Then Oz grants the wishes of Dorothy’s traveling companions, drawing upon the contents of his cupboard. He bestows courage on the Cowardly Lion, gives a heart to the Tinman and brains to the Scarecrow.

Despite his best efforts, the Wizard despairs. “It will take more than imagination to carry Dorothy back to Kansas, and I’m sure I don’t know how it can be done.”

Just as Dorothy begins to despair that she won’t be able to return home, the Wizard comes up with a plan. He will make a new hot air balloon and pilot Dorothy back across the desert, leaving the wise Scarecrow to govern the Emerald City in his place.

The city is abuzz with activity as Dorothy and Oz prepare to make the journey home. On the point of departure, though, a sudden twist of fate means Dorothy must stay behind and the Wizard of Oz must travel across the desert alone.

5 Steps for Meeting with the Mentor

For your hero to meet with the Mentor, here are five things you can do:

So, you may be asking why does your story need all these twists and turns to the plot? This is a tool called Creative Tension. It gets your reader emotionally invested in the story and they insert themselves into the plot.

Though at first it seemed the four companions would get none of what they wished for, Oz used the wisdom of his years to create a plan to grant each of their requests. The Scarecrow, Tinman, and Lion were all given the gifts they’d always wanted.

And as for Dorothy? She very nearly goes home with the Wizard, but for one final mishap. This Hero’s Journey is nearly done, but not quite. Coming up, you’ll discover how the writer creates the Ultimate Boon. Stay tuned!