A lot can happen in a decade, right? Trends come and go, authors live and die, and books crest the charts and fall away. But some truths are eternal, and some qualities – like originality – are incorruptible. They live on, no matter who is central to the story. 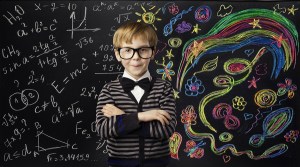 One of the show’s headliners was with me in the car as we headed from a TV studio to the arena. There was a contract in the outside pocket of my leather satchel; I’d brought it for signatures. I could feel its weight riding with us like another passenger.

Besides the contract, I’d brought a college intern with me, to learn the art of deal making. I figured there were good lessons to be learned this day. He was excited, but was also visibly distracted on this day.

I pulled the contract from my satchel and placed it on my lap, wondering if I’d made a mistake in bringing him today. He wasn’t playing the role we’d agreed upon.

The intern was in the front seat, tousled hair and shirt untucked, looking hip to anyone under 30. To a speaker who not only remembered the Reagan era but helped set its trends, the kid looked clueless about the things that really mattered – things like decorum and grooming.

“What’s with him?” the speaker quipped, assessing the downward tilt of the Cam’s unshaven chin. “Hasn’t he ever been in a limo before?” he chuckles.

“Who, him? Actually yes, he has been – he’s a recording artist. You might not have heard of him, but he’s a big deal in the music scene. He’s got a million followers online after a big TV appearance.”

“Not CD’s – downloads. Kids like him wouldn’t dream of listening to music on a CD…environmental waste and all. But he is popular.”

“He’s interning with us this summer, from George Washington University in Washington DC,” I explained. “Wants to learn the publishing business, so I took him on as a protégé. We’ve got him on social media detail right now… not a bad fit, either.”

“I hope he’s got a better vibe online than he does in a stretch,” he laughed. “He could spook a zombie with that face.”

The candor of the moment caught me by surprise. I relaxed a bit and moved the contract off my lap to the space between us on the seat. “Well, someone stole his song, and he just found out about it a few minutes before we picked you up.”

“Happens to the best of us,” the speaker nodded.

“Yes. Especially to the best of us,” I added. A moment of understanding passed between us.

This speaker and I had a long history. In fact, I knew his temper pretty well. I had once counseled him when he was ready to go after an imitator for plagiarism. At the time I’d suggested he should be flattered instead of litigious. Even now, I could see a vein throb in his temple as the memory taunted his peace of mind.

He cocked his head to one side and rolled down the window dividing the front of the car from the rear where we sat. “Driver, pull over,” he said quietly. “Kid, why don’t you come on back here.”

The limo glided to the curb, and the young man complied, though something behind his eyes betrayed a touch of nerves and confusion.

He let himself into the rear of the car, not waiting for the driver to open the door for him. He tumbled in and sat in the jump seat opposite myself.

“I heard you got some bad news,” the speaker said. “What’s the story?”

“Oh, that.” He rolled his eyes. “Some DB – uh, excuse me – some guy ripped off my song, and now he’s charting with it. Well, not totally ripped it off… just the title and the hook. He changed it up enough so it would be hard to tell. But it’s my song, all right. Anyone can see it.”

The speaker surveyed him quietly then suggested, “You can write another one.”

“It’s about the death of my grandfather – really personal stuff, you know? It took me six months to write it.”

There was a moment of silence in the car.

“I had that happen to me once,” the speaker said, easing the tension. “It wasn’t a song, though. It was a keynote speech – genius stuff, I thought. I called it ‘The Upside of Failure.’ It was all about the fear of success – about seizing opportunities and pushing yourself to accept your own originality.”

The speaker looked at me, then went on. “Someone pointed out to me the irony of stealing a speech about originality, but I didn’t see it at the time. My speech took off like a rocket ship on the speaking circuit.”

“So what happened? Did you sue?” asked the intern.

“Nope. Oddly, I learned that you can’t copyright a book title, but you CAN trademark a speech title to protect it. It was a hard lesson learned, as I didn’t own the trademark.”

“But doesn’t that bother you? I mean, all that work you did, and somebody just came along and swiped it. That’s how I feel, anyway. It’s like they took a part of me and used it against me.” The intern contemplated the buttons on his untucked shirt.

The speaker brushed off the suggestion. “Not a bit. It’s flattering, in a way. In time you’ll learn who to trust. But here’s the bigger piece, young man. You are richer than any of your imitators could hope to be.”

Without any ceremony, the famous speaker picked up the folder between us and opened it. I offered him the Mont Blanc in my hand. Without reading, he turned the document to the page with the red arrow pointing to the blank above his name. He turned the pen in his hand, and with a stroke, my company was much busier!

There’s no telling where the road might take you – what deals you’ll close, the fate of your work or your relationships. The value in that day for me was showing a younger generation a bigger game. Creativity can never be stolen, and loyalty can never be manufactured. Either you have them or you don’t.

What kind of game will you be playing ten years from now? Foster your creativity, and the sky is the limit!