What were long known as “books on tape” have moved past cassettes to CDs and now, increasingly, to digital downloads. As recently as 2009, downloads represented no more than 15 percent of audio book listening. Now, according to audio executives, as much as 50 percent of the market is digital, dominated by Amazon’s Audible, which also licenses its technology (for now) to Apple’s iTunes. The iPod, MP3 players, and smart phones account for this surge in the digital audio format. Having just made my way through two blockbuster bestsellers on CD—Laura Hillenbrand’s Unbroken and Tina Fey’s Bossypants —I decided to find out where audio now fits into the overall book marketplace.

Hillenbrand, whose first book, Seabiscuit, was about the legendary champion racehorse of the depression era, has hit the jackpot again with Unbroken. In this book, she tells the story of Louie Zamperini, a track star at the University of Southern California who competed in the 1936 Berlin Olympics; Zamperini was a B-24 bombardier in the Pacific air war and survived a crash in May 1943, an epic drift across thousands of miles on a battered raft, and then two years as a Japanese prisoner-of-war. Hillenbrand’s account of the treatment of POWs is horrific. The brutality and sadism Hillenbrand describes is almost unbearable. Despite the savagery he endured, Zamperini recovered and is now 93 years old. Hillenbrand, who is limited by chronic fatigue syndrome, has done a masterful job of research, interviewing Zamperini 75 times, and through his amazing saga provides a far more expansive account of the war against Japan than you might expect in a book that focuses on a single hero. In any case, the book is a smash success.

In ten months since its publication, the book has sold well over a million copies in print, according to Nielsen Bookscan, which tracks about three-quarters of sales, but still does not include digital sales in any format. I’m guessing the e-book has probably added another quarter-million sales, so the total to date is approaching (and will certainly exceed) two million copies. The CD audio, tracked by Bookscan, has sold 26,609 units, and assuming downloads add another 50 percent of that to the total, audio sales would be about 40,000, and over time could reach 100,000—or somewhere between 5 and 10 percent of the book’s total sales.

Sales for audio have traditionally been limited by the relatively higher costs of manufacturing and packaging CDs. On Amazon, the CD version of Unbroken is still about twice the discounted book and e-book price. Overall, audio executives believe the price of digital audio is bound to come down as customers adapt to the format and are encouraged through discounting to try monthly subscriptions, which cost substantially less that the purchase of a single audio (a concept similar to the old Book-of-the-Month Club system).

Tina Fey’s Bossypants, a hilarious series of personal essays that she herself reads, has also hit the million-copy mark since it was released last spring and is still going strong, according to her publisher. The chance to listen to Tina Fey read the book is a major incentive to try the audio. The CD sales, according to Nielsen Bookscan, are about 15,000, but in this case it would not be surprising if digital sales exceeded 50 percent, which would mean a total percentage of audio sales at roughly the same scale as those of Unbroken.

According to the Association of American Publishers, total gross sales for all books in 2010, as reported by 87 publishers, were about $15.6 billion, an increase of around 2.7 percent over 2009. CD audiobooks represented $189.7 million of that total, a drop of 11 percent. But the increase in download sales to $81.9 million was a boost of 38.8 percent, reflecting the shift toward digital audio, a trend that from all accounts has continued in 2011. Overall, according to audio executives, unit sales are growing because of the popularity of downloads—very much the same pattern as with e-books. Amazon’s strength though Audible and its contract with iTunes still makes it the dominant retailer. But Barnes and Noble, Overdrive (which is a major library provider), and other companies are tightening the competition. At least two other factors are shaping the market: the demise of Borders, which featured CDs prominently, and a general reduction in bookstore shelf-space means there is less room for the packaging of boxed recordings. Libraries, however, continue to favor CDs, and a significant portion of audio listeners prefer to borrow rather than buy CDs. So, the domain of CD listenership is increasingly composed of library patrons.

While audio books are still something of a niche item in the broader book marketplace, there seems no doubt that they are becoming more popular as digital convenience and devices expand. More books are being converted to the format, based on recent acquisitions, according to executives. The Audio Publishers Association reports that one-third of those they surveyed in 2010 have listened to an audio book, and the percentage of listeners in the 18-24 age group is increasing because of the iPod and the ease of adapting audio (and podcasts) to MP3s. The same survey showed that 31 percent of audiobooks are mysteries, thrillers, and suspense; 21 percent are bestsellers (presumably books such as Bossypants); 20 percent are general fiction; and 15 percent are history.

As for me, someone who commutes daily by car, a book as exciting as Unbroken and the pure entertainment of Bossypants add substantially to the pleasures of the trip. The numbers show that audiobooks are by no means the majority’s choice of how to enjoy a book, but for those of us that do choose them, they can be a wonderful way to spend your time.

It’s pretty amazing to think about how far eBooks have come. Just a few years ago the thought of reading a book electronically through a device called an e-reader was unheard of. Now we’ve seen these little oddities revolutionize an entire industry, take down an entire retail giant, and find their way into millions of homes across the world.

This week we here at Made For Success would like to take you through some of the highlights of the Past, Present, and Future of eBooks…

Past (from 2007): 2007 – Amazon changes the publishing landscape by introducing its Kindle e-reader. 2009 – Barnes & Noble releases the Nook e-reader. 2010 – Apple releases the iPad with an eBook app called iBooks. 2010 – Amazon announces that eBook sales outnumbered physical books for first time ever.

Check out this article discussing the future of interactive eBooks: 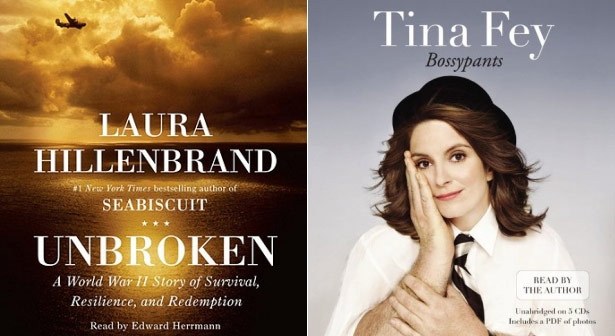