It’s funny how you can be talking to someone, and they seem to understand what you’re saying. They smile and nod, even interject a comment here or there. 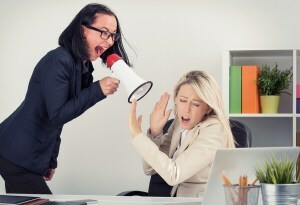 But are they really getting you? Once the conversation is over, it’s like it never happened.

Maybe a few days later the subject comes up again. You hash it out one more time, and this time it seems like you’re getting through.

But no. It’s not that they’re obstinate. It’s just that any new idea requires repeated exposure to becomes internalized. That is how the brain works.

Studies show that people need to hear an idea seven times before it sinks in.

Think about that the next time you ask your teenager to take out the garbage. You don’t have to hound them until you’re “blue in the face.” Just tighten up your repetitions, and you’ll compress the amount of time it takes to drive your point home. After a while, it becomes automatic, and you don’t have to mention it again. Well.. maybe a couple more times.

This brings us to the all-important topic of exposures in marketing campaigns, and what I call the Rule of Seven. When you can leverage this rule, the seven exposures gets your audience to “see the light” and makes a purchase.

It sounds simple – and it is – but it’s not without technique. Let’s cover a few simple rules that you can apply to your book or new product launch to drive sales and create evangelists.

Sales Lessons from the Marketing World

Did you ever notice product displays when you go to a retail store or mall? The brand jumps out at you every time you walk by.

By your third pass, you stop and notice that the featured widget might actually be something you could use to solve a problem or engage a desire. In fact, the product could be tremendously effective. It might even change your life. But the first time you passed by it didn’t even register.

During my Fortune 500 marketing career, I was responsible for rolling-out a retail kiosk for a brand-new kind of service. It was a revolutionary product, and our Marketing team had a pretty robust ad budget to support the US launch. Amazingly enough, our Sales team was successful in putting this display in 20,000 retail locations across North America. Failure was not an option.

You would think that with all those locations and gobs of money for advertising, all we had to do was wait for the checks to come rolling-in. But the fundamentals of consumer awareness apply across the board. We used the Rule of Seven to drive messaging home and make sales.

When you are planning your next social media effort or ad campaign, there are a few principles to consider. You can use them when deciding how many ad exposures it will take to reach your audience effectively. It still takes seven repetitions to generate awareness of a brand, a book or service, but you can do it much more efficiently.

In our campaign to drive sales in those 20,000 retail locations, we focused on messaging that went from one-to-many. We carefully planned a series of messages reaching millions of “influencers,” called Early Adopters. The Early Adopters in this industry embraced new ideas and technologies earlier than most, and we knew they would evangelize our product for us.

The structure of the marketing campaign for this consumer packaged goods was built around the Rule of Seven. Here is how the campaign was structured to reach the magic number of exposures:

Each one of these venues invited multiple exposures and drove home the message to generate awareness, familiarity and ultimately trial. This marketing philosophy can be applied and works effectively for new product launches and can even be effective for a book launch campaign.

As you plan your next marketing campaign, remember the Rule of Seven. Your patience in generating seven repetitions will prove that seven just might be your lucky number!

Bryan Heathman is the President of Made for Success Publishing and the host of Book Publishing Success podcast show. Bryan works with best-selling business authors including NYT best-selling authors Chris Widener and Tom Hopkins, plus up-and-coming authors including Johnny Covey. Bryan is the author of Conversion Marketing, a marketing book on converting website visitors into buyers. Bryan’s Fortune 500 experience includes Microsoft, Eastman Kodak and Xerox.